A Glass Half Full

National Gardening Survey shows retailers have work to do 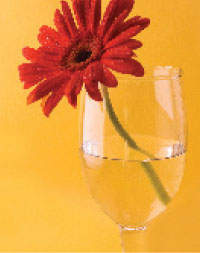 Many of you have heard about or have seen statistics from The National Gardening Survey. Every year the market research report from The National Gardening Association tells us of America’s gardening activities, spending trends and attitudes. It is one of the basic tools for manufacturers, growers and marketers for decisions on business strategies, and every year I have gleaned details to help clients decide on what to sell and how to sell it.

There is no doubting the survey’s value, but its statistical nature may have dissuaded some people from studying it. I was delighted to be asked to write the first-ever interpretive report for the survey, with suggested actions for both retailers and suppliers in the industry. This article is based upon my report in the 2011 National Gardening Survey published in June.

This trend means that since 2005 we have experienced an average drop in spending of 4.2 percent per year in DIY gardening across the industry as a whole, regardless of the type of store at which consumers shopped. Earlier National Gardening Surveys showed that a lot of this business went to design-build landscapers and maintenance companies in the “Do It For Me” surge fueled by the home equity loan boom, but it has not returned.

The growth trends in the 16 gardening activities are also enlightening. Only TWO activities, vegetable gardening and water gardening, showed any growth in participation, but they are small portions of a household budget.

Meanwhile the money spent on the “big-ticket” categories in any gardening household—lawn care, DIY landscaping and flower gardening—actually declined by 1.7 percent, 8.0 percent and 2.3 percent per year respectively between 2005 and 2010!

The closer you look

I have known about some of these trends for a while, but digging deeper brought some troubling (or inspiring, depending on your attitude) facts and figures. For instance, did you know that “Participation in Gardening Activities” among under 45 year-olds has been in decline for some years? This is possibly tied to the fact that more recent college graduates are living with their parents or are so strapped with paying school loans that they can’t afford a home with a garden.

Consequently the share of the nation’s gardening time and budget spent by the over 55 year olds is actually increasing. In other words, more garden business is from a group of people who will soon be retiring, downsizing and living on a fixed income. In 2010, 40 percent of the entire gardening industry’s sales were to people over 55 years old, despite them making up only 32 percent of USA households.

Hey big spender. When it comes to the earnings level of the industry’s consumers, the picture is even more polarized. A huge 41 percent of the entire industry’s sales through all types of retailers, from boutique garden centers to warehouse clubs, was spent by people with a household income exceeding $75,000 per year, despite that group comprising only 27 percent of USA households. Not only are the older, more affluent consumers participating more often in gardening, they are also spending more per year than younger groups.

In other words, the industry is dependent—to a worrisome degree—on the affluent, older consumers, irrespective of the type of retailer they use.

Only the local hardware stores held a level number of households shopping there in the past five years. Still, the whole industry lost traffic and, as this period of time included the home equity boom, we probably should begin to wonder why the independent, family-owned hardware stores did not.

Of all the numbers and trends lurking deep within the National Gardening Survey the following is, to me, the most surprising and the one that offers the biggest opportunity for retailers. In 2010 a whopping 70 percent of the nation’s gardening spend was from homes without children. So much for Easter egg hunts and face-painting days at the garden center. Logic suggests that “empty nesters” have more spare time and money for gardening than parents with young families, so we should not be too surprised. I would suggest that gardening retailers must create a business that engages families somehow, given the money they happily spend on other activities like eating out, electronics, games, fashion and so on.

Owners, this can only start at the top! The over-55-year-olds together with the 45-to-54-year-olds accounted for 62 percent of the nation’s gardening spend last year. It is quite clear that the garden center business (and the other channels, too) are very dependent on keeping and expanding sales to the older customer, the Baby Boomer, and the next generation of older Generation X. So let’s keep them on board as we adapt to the younger generations.

However, the current model is clearly not working for householders under 45 (who numerically outnumber the Baby Boomers); neither is it working for people of any age with kids. People who study demographics for a living have been warning us of these changes for years, but this survey MUST be a wake-up call for many owners.

Only they can drive the changes at this level. It is not fair to expect managers and employees to champion the changes necessary if the owners are unaware or unsupportive.

We have been hearing for years that shoppers of all generations are becoming tired of too many choices on the shelf, where choosing the correct product means browsing labels, packets or information leaflets. Yet most garden centers still have not reduced SKUs sufficiently in complex, information-dependent departments such as perennials, chemicals, trees or irrigation.

Have you adopted a two-brand strategy—or three, if you need a separate organic line? I have seen five brands of potting soil each in a couple of sizes in a store that only does $50,000 in that category. I’ve seen 12 SKUs in a subclass that does only $3,500 in a year! When I ask why, answers become very subjective like, “Well Jenny loved that stuff. She left, but we still carry it because some customers ask for it.”

How many shades of pink impatiens can a customer cope with before she turns to an employee for help? Not only does choice confuse, require labor to explain, and slow customers down, it also says that the company doesn’t know which is best. Consumers want a store to give them the confidence to pick up a product; owners want a customer to pick up lots of products. Too much choice kills both of these goals.

Shoppers want to connect emotionally with the product in which they are investing. We want them to be excited with that cute gift for a friend, the orchid to brighten their kitchen, the goodness of home-grown arugula every day, the flavor of tomatoes, the fragrance of a rose, and so on.

The fact is that today’s shoppers want simplicity when they shop, emotional value when they buy and success when they get home.

One could argue that the local hardware store has masses of SKUs, and they are doing OK. Yes, and they also have a smiling helpful person in a red or blue shirt patrolling every aisle every day. The fact that this channel managed to keep the same number of households shopping there when all the others lost traffic suggests that when a product or project seems complicated, the public associates the hardware store with success more than they associate the garden center or the home center. Hmmm…

This survey highlights trends we have known about for a while, but I hope this year can be the wake-up call. The recession has distracted us from clear demographic trends that we should take very seriously. It means a new direction for many, and we don’t have all the answers yet, the next five to 10 years will be a work in progress for us all.
Today’s customers want simplicity when they shop, and success when they get home.
But the garden center industry now needs dual strategies to resonate with both older and younger consumers at the same time.

First it must continue to serve the Baby Boomers’ love of gardening as they downsize and retire; their consumption clearly drives this entire industry. Secondly and concurrently, we MUST quickly develop products, services and programs that appear relevant to the lives of consumers under 45 years old. Keep the faith and your eyes on the (huge) prize!

How effective is the shopping process at your store?

We know that shopping time is declining all across retail. So owners need to ask themselves what plans they have to speed the shopping process.

We are seen as a “Project” center by many younger consumers who think more “This year the kitchen cabinets, next year the front yard” than “I want a perennial border.”

Projects need not be aimed at a huge part of someone’s garden, but as an easy weekend job. A project-based world is not new; or complicated. It means selling the same stuff in a different way.